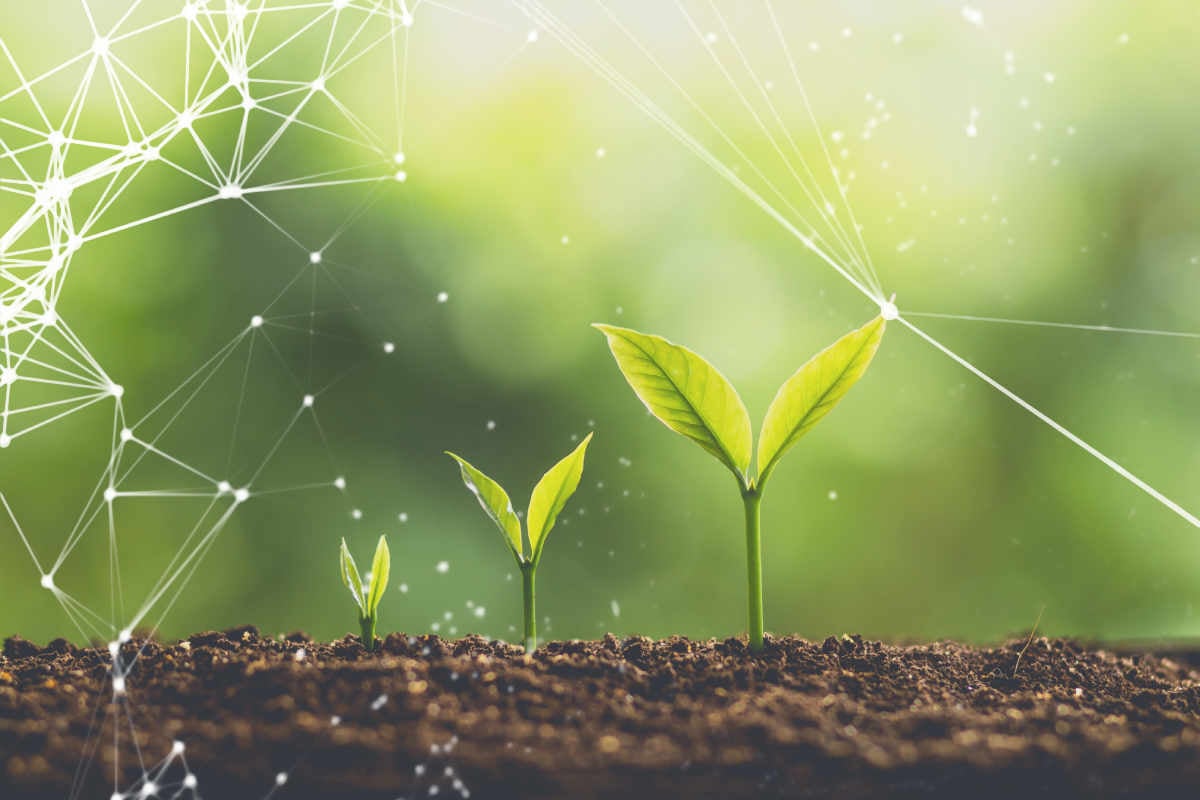 The death of banks predicted by many economists hovers like the sword of Damocles over the international financial industry. It ensures that banks are not able to rest yet. According to a study by the technology giant IBM, advancing digital technologies, the increased demands of customers and, not least, many new competitors – require a profound change in banking. The motto is: transformation instead of agony; banks need to evolve to survive. Instead of investing time and money isolating themselves from the competitors, the pioneers of digital transformation are focusing on creating open, agile platforms and positioning themselves at the center of these ecosystems.

In 2018, the IBM Institute for Business Value examined current developments in the financial industry as part of the study Realizing tomorrow today: Digital Reinvention in banking. The results suggest that alarm bells are already ringing in many banks: 66 percent of senior bank executives surveyed believe that traditional value chains will soon cease to exist. 57 percent of decision-makers perceive that the boundaries between banks and other industries, such as telecommunications or retail, are becoming blurred, partly because of regulations such as the PSD2. Above all, this applies to their function as a payment service provider.

If banks do not take appropriate modernization measures in good times, they will be left at a disadvantage compared to the digital natives of the financial industry, the FinTechs, and will no longer be able to meet the changing customer demands, IBM says. Which internal and external solution strategies are digital leaders among banks pursuing to ride the wave of these changes?

Banks are increasingly losing their monopoly on the market. But while some reflexively shield themselves from the outside world and its innovations, the thought leaders of the financial industry are pursuing an opposing strategy: they open up. To be precise: they build technological and economic networks offering value-added connections, within which they themselves constitute an important element or form the center. The goal is to establish a platform "through which third parties such as Fintechs can engage, collaborate and innovate for the benefit of customers, ecosystem partners and themselves", say the authors of the study.

Financial institutions are facing an additional challenge: the external perception and self-perception of their role, which has hitherto been mostly static, is increasingly changing. Once responsible for all matters relating to finance, modern banks are beginning to find themselves in agile and, above all, specialized roles that continuously adapt to market developments. Instead of being a service provider for everything, the leaders focus on specific business areas. At the same time, they act as mediators between customers, buyers, service providers and sellers in an intermediary, coordinating position.

Through this opening and repositioning, banks are working together with third-party providers in a straightforward way. The main advantage is that financial institutions can easily integrate appropriate products and services of partners, and thus make external offers available via their own channels. Conversely, banks will increasingly develop new products and value chains, which they can sell not only via their own platform but also via partner networks. According to the study, the goal is to enable a compelling customer experience and to generate competitive advantages as a result.

Banks in the E2E Ecosystem: Creating New Things Together

Everyone-to-everyone (E2E) is what IBM calls the relationship which is both the mindset and the method of a successful metamorphosis into the bank of the future. However, the authors do not mean the classic use of the abbreviation for the term in information technology, which is usually 'end-to-end'. Instead, E2E stands for a communication relationship between all participants in the ecosystem, as is known, for example, between companies (business-to-business, or B2B for short) or between companies and customers (business-to-customer, or B2C for short). E2E means that all participants in the ecosystem can get in touch with each other. Accordingly, banks, their partners and customers should be seamlessly connected – via a banking platform with open interfaces. Hence, the idea of markets, business strategies and business models must be fundamentally renewed.

IBM explains the benefits of such an ecosystem through the following interrelated facets: it is symbiotic, orchestrated, contextual, and cognitive. E2E benefits from a symbiosis of customers and businesses by building a strong network. The individual members are mutually dependent, resulting in interactivity. 'Orchestrated' suggests that the collaborative and seamless business relationships within an E2E network will create an organized connectivity between participants. The benefit of these close links is contextual work. An awareness arises for the experiences of customers and partners. This enables an immediate reaction to these, so that further actions can be carried out to optimally meet the respective needs. Finally, E2E relies on cognitive functions. The engine of this network is data and technology that automatically analyzes information, links it intelligently and helps evaluate it.

Evolution of Banking and Technological Progress Go Hand in Hand

The entire E2E environment is heavily digitized, emphasizes the IBM Institute for Business Value. Since the introduction of computers, you can read in the study, banks have been among the first to profitably integrate technical innovations. Whereas initially, only individual processes were handled electronically (for example, the processing of checks and transfers) or were replaced with the configuration of ATMs, many financial groups today already handle entire business areas automatically, or at least based on technology.

This development reflects the first two phases that IBM recognizes within the technology-driven transformation of banks: digitization and digital transformation. The former increases bank efficiency by using technology to execute individual processes. Digital transformation in banking is more comprehensive. It stands for the cross-divisional integration of digital processes and a company-wide information linkage. Demarcated data silos are broken up, and channels separated by departments are connected. By combining digital processes, banks are able to offer their customers omni-channel experiences based on their individual needs. But these are just the first important steps on the way to the bank of the future.

According to IBM’s concept, digital transformation is not the end of digitization, but rather the precursor to the next evolutionary step, Digital Reinvention. This is a holistic approach. Its goal is to question the existing developments, to reassess them and to develop new strategies and products on the basis of future-oriented technologies. As stated in the study, banks are not bound by any particular technology; such a reinvention could include several innovative approaches such as cloud computing, the Internet of Things, artificial intelligence, blockchain or automation. These should complement each other sensibly and, if properly planned, mesh with one another like gears.

IBM characterizes financial institutions’ previous attempts to increase efficiency and reduce costs over the last decade as too one-sided. They are "internal-looking and not conducive to customer expansion and revenue growth." Accordingly, one of the key factors in Digital Reinvention is the bank's collaboration with other stakeholders within its partner networks, that is the E2E ecosystems that have already been introduced. The aim is to grow a smart, outwardly open banking business that focuses primarily on customers and their needs in order to tap new revenue opportunities and business areas.

How Will the Digital Journey Proceed for Banks?

The authors of the study speak of an open platform that will facilitate the presented strategies for Digital Reinvention, from changing the roles of banks to E2E businesses. On such a platform, products and services will be developed and delivered, providing the foundation for profitable growth. With integrated interfaces, IBM says, it connects the bank with other companies and customers. Extensive databases, automated processes and workflows as well as sophisticated AI technologies shape the future-proof banking platform.

The IBM study also highlights the cloud as one of the key technologies. Offloading data and applications to the cloud promises greater momentum and immediate deployment of cutting-edge technologies. The overarching concept is the access to technology-based functions via a network. The range of virtualized capabilities collectively referred to as 'cloud' covers services such as a scalable IT infrastructure, application development environments, and integrated software applications. A cloud platform that flexibly connects to mature IT systems, integrates new technologies and functions as an E2E ecosystem can be understood as the next step in the evolution of successful Digital Reinvention.

“Not your grandmother’s bank“ – that’s how the IBM Institute for Business Value puts the reinvention of the bank in a nutshell. The study captures a number of strategies for banks that facilitate Digital Reinvention in banking. Many of these require financial institutions to have an unprecedented degree of flexibility in order to find their way into new and specialized roles. This also means that the bank opens to the outside, on the one hand to work with third parties and on the other to establish their own products and business models in the market.

The basis for this is an E2E ecosystem characterized by above-average networking and cooperation between banks and customers, as well as business partners across the entire value chain. Success in an E2E network requires innovations that challenge established standards and transcend company boundaries. An internally motivated change is indispensable for this: a dynamic idea process that demands and promotes the expansion of knowledge, the adoption of new ways of working and a customer-focused orientation. Modern technologies provide the functional framework for this ideation within financial institutions.

In order to position themselves at the center of an E2E ecosystem, the pioneers – just like in the phases of digitization and digital transformation – rely on state-of-the-art technologies. These are now more open, more flexible and more intelligent than ever and must be used more extensively in the course of Digital Reinvention. A banking platform can therefore become the epicenter of Digital Reinvention without completely disrupting existing IT structures. A Digital Reinvention project should not be carried out with a wrecking ball; rather, its aim is to build bridges between the existing and the new. 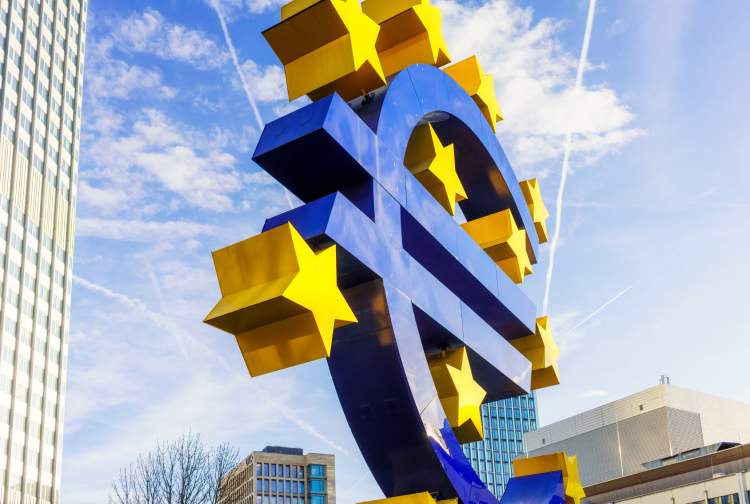 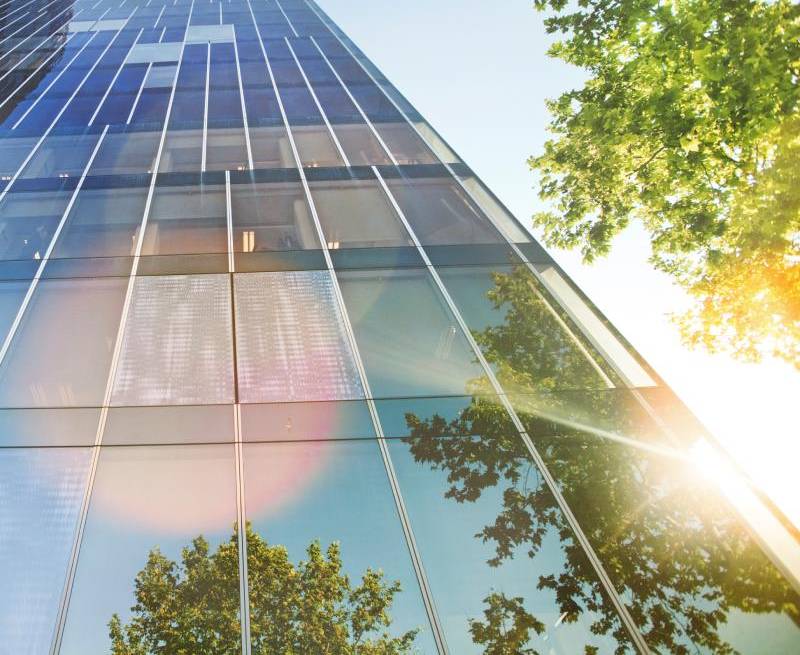 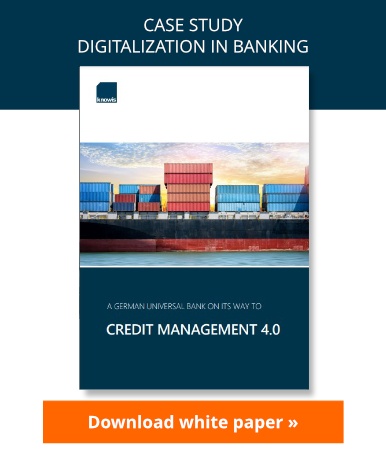